This past Sunday, my girlies from Hello Blonde & Rouge went to Richmond for the day!

Mallory & I met Erin and her boyfriend in Richmond. We met at Charm School Social Club ice cream shop but it was unfortunately closed because they were sold out of ice cream!! The week before, it was so warm so ice cream had been a popular treat. We did take a few photos here though. There’s an awesome mural on the side.

After Charm School, we walked down the block to Quirk Hotel – an adorable boutique hotel. There was a café, restaurant, and bar on the first floor. It was such a cute place – everything was white stone, brushed gold, blush pink, and a lot of green plants! There was also a man with his French Bulldog sitting at one of the couches reading the newspaper but I didn’t notice them until they were packing up and heading out. 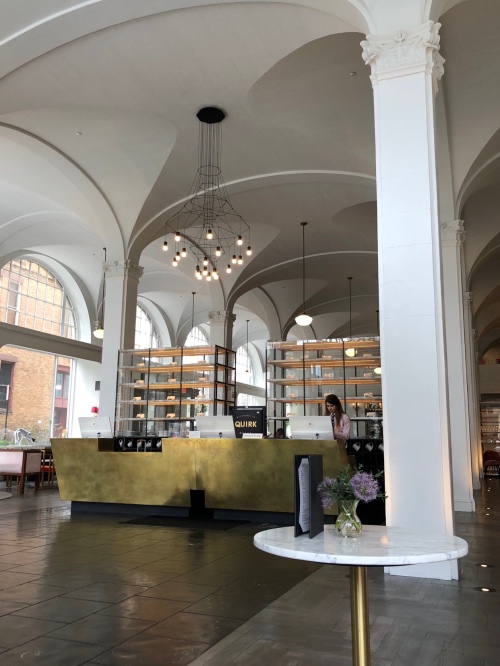 After Mallory & Erin took pictures inside and outside of Quirk Hotel, we moved on to lunch at Casa del Barco.

Casa del Barco is down by the Canal Walk. There is a patio section, a bar, and plenty of space inside! They are know for their tequila bottle ceiling. If you order shots or a mixed drink with tequila, and your shots/drink finishes the bottle, you get to decorate the bottle, and they will hang it in the ceiling! So to clarify – you do not have to buy one bottle and finish it! If tequila is not your thing – they have local and domestic beers, and wines!

I got the braised chicken tacos and they were fantastic! Unfortunately, I didn’t think to take many pictures while we were here. We also got free chips and salsa. The chips were massive and had a fantastic seasoning on them. They also gave us a mild, medium, and hot salsa. We all got something different and everything came out so tasty! I definitely recommend Casa del Barco!

After lunch, we walked around the Canal Walk, and Erin & Mallory took a few more pictures. Mallory and I parted ways from Erin & John afterwards. 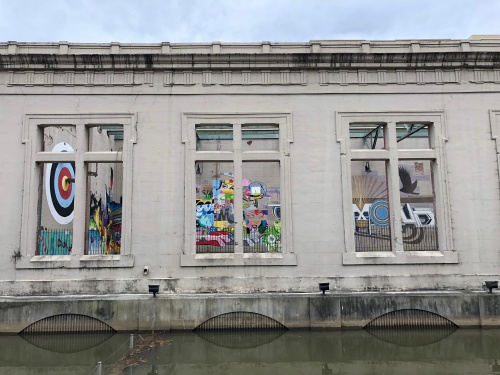 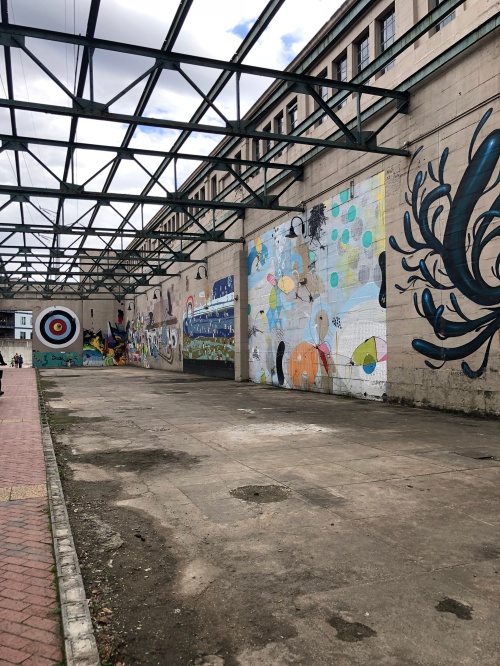 Mallory & I went to the Virginia Museum of Fine Arts. We really wanted to see the Steinlen Cat exhibit. There was also a Fabrigue exhibit. We took a lap around a few of the other exhibits that were not too far from our path. I would love to go back and spend an afternoon checking out all of the exhibits. 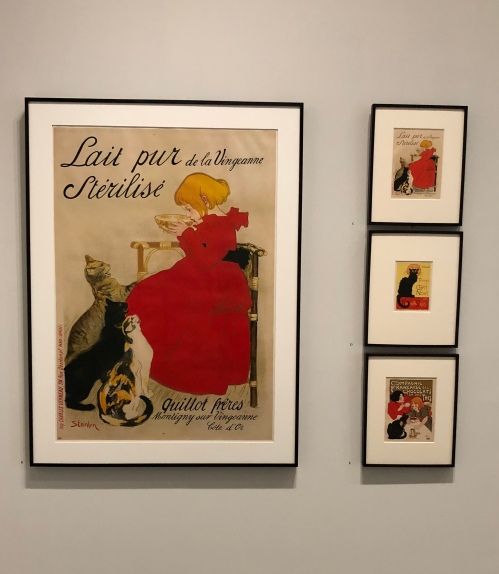 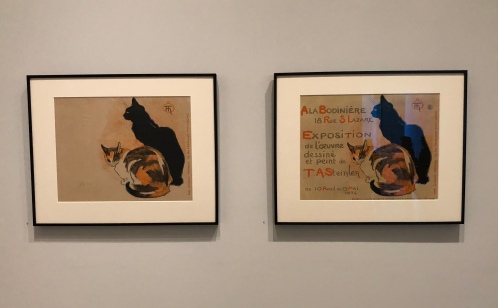 Last but not least, the details of my outfit….

What are your local favorites in Richmond?! Share in the comments below!